Valley Park is a large open space area of more than 40 acres that was donated to the town of Middletown more than 15 years ago. At the time, there was support to create a Town Center area with open space, commercial property along the road and a gathering spot for the Town. Some of the more ambitious plans were abandoned because of cost, but there was still hope the area could become an area that could be used by the town residents for outdoor activities.

Soon after however, contamination of the soil from agriculture and industrial use was detected, the Rhode Island Department of Environmental Management (DEM) became involved and all plans for use of the property were halted. After extensive engineering and environmental studies and years of negotiations by the Town Administration with DEM, an agreement was reached that allowed for the creation of specially constructed walkways throughout the area which would serve as a cap for the contamination.

Natural vegetation will be allowed to grow around the walks which will encourage walkers to remain on the walkways and it will only be cut once each year so that the park will remain in as natural a state as possible.

The Middletown Tree Commission was honored by the Town with the task of designing and implementing a landscaping plan for Valley Park. Due to the environmental constraints and other issues, the plan consists of trees alone.

The design effort began in 2015 when, together with Middletown Department of Public Works (DPW) personnel, over a mile of walking trails were laid out. In the summer of 2016, crews from the DPW constructed about a mile and a quarter of trails to RI DEM specifications with gravel trucked in from Tiverton, laid over barrier sheet material.

In addition to the trails, a parking lot was constructed on the northern end of the park, previously planted trees were moved, several other entrances were created off High Street and wooden three rail fences were installed.

The tree plantings are based on the design of volunteers Alan Kirby (Middletown Tree Warden) and Chuck DiTucci, both members of the Commission.

The planting design consists of 11 planting beds which are basically islands of trees among the natural vegetation.

An Aerial photo of the park the and walkways looking north, taken by Gary Paquette in December 2016. High Street is shown along the left of the park. The photo was taken before any trees were planted. 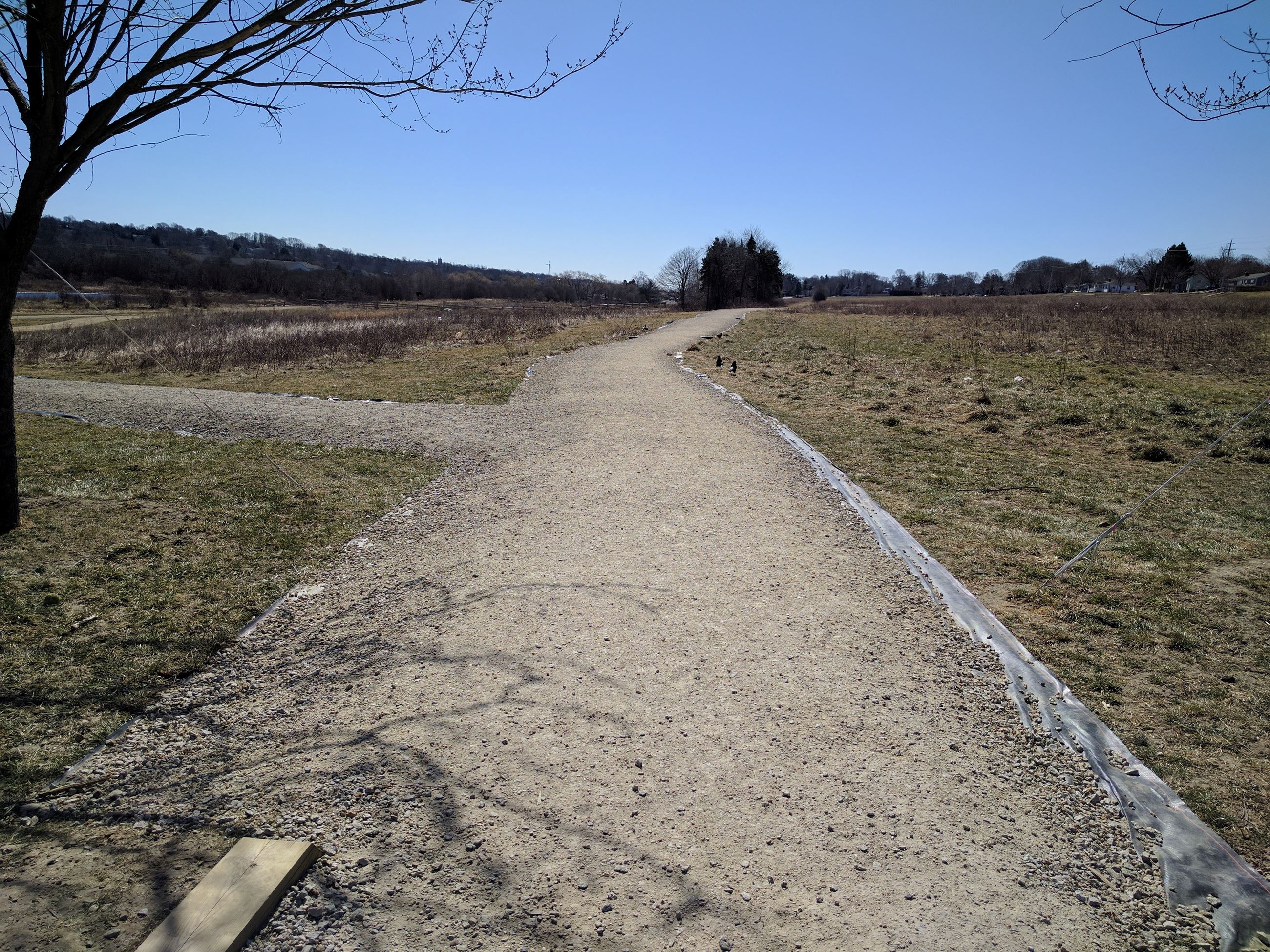 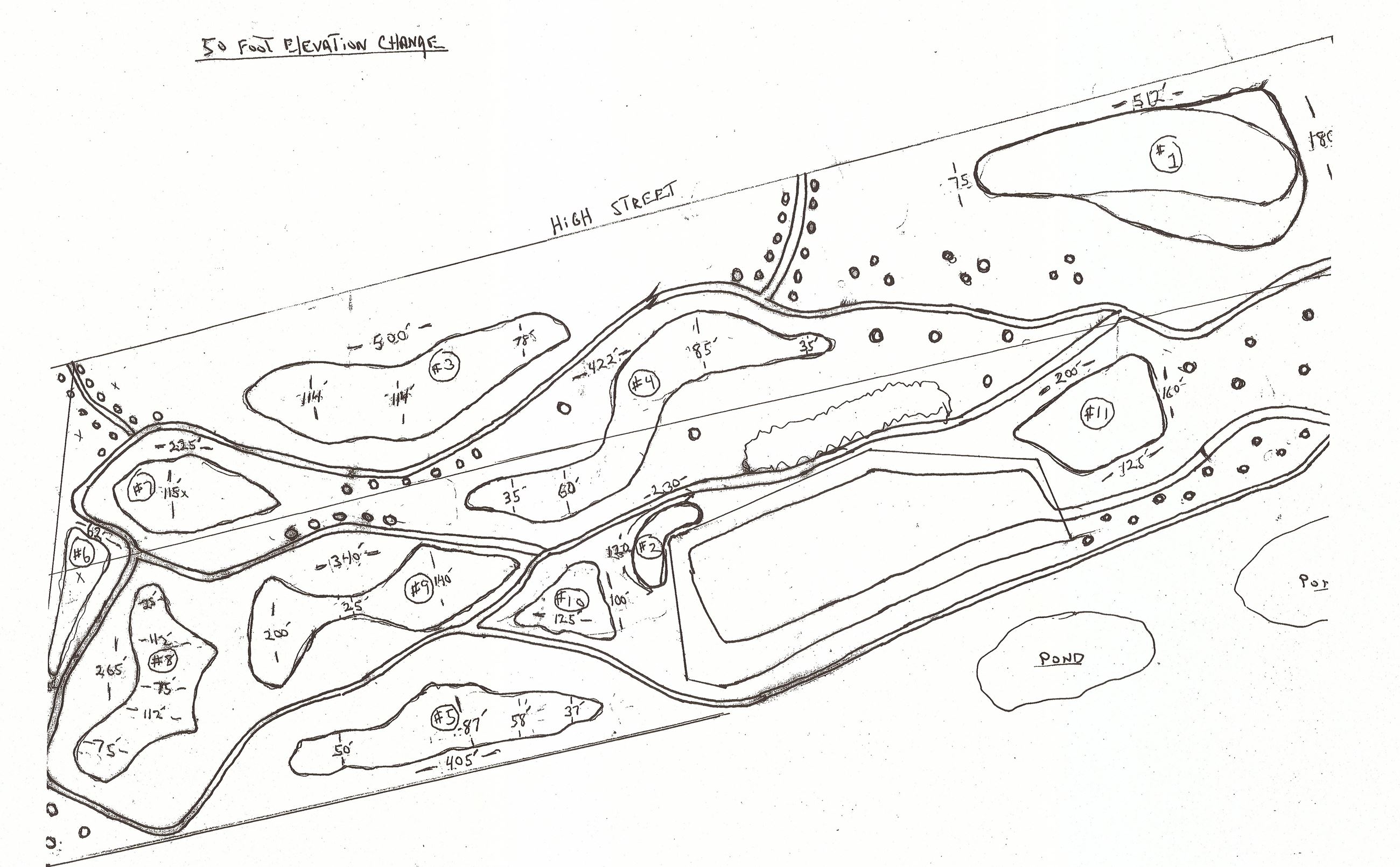 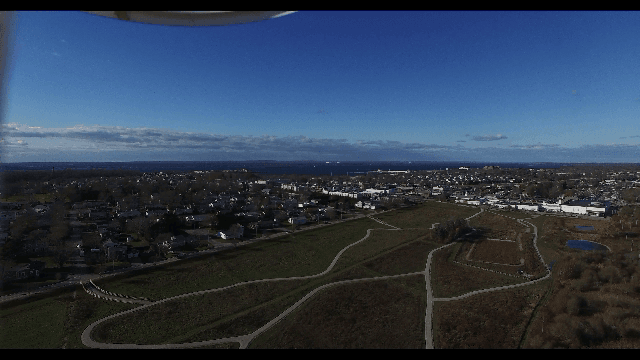 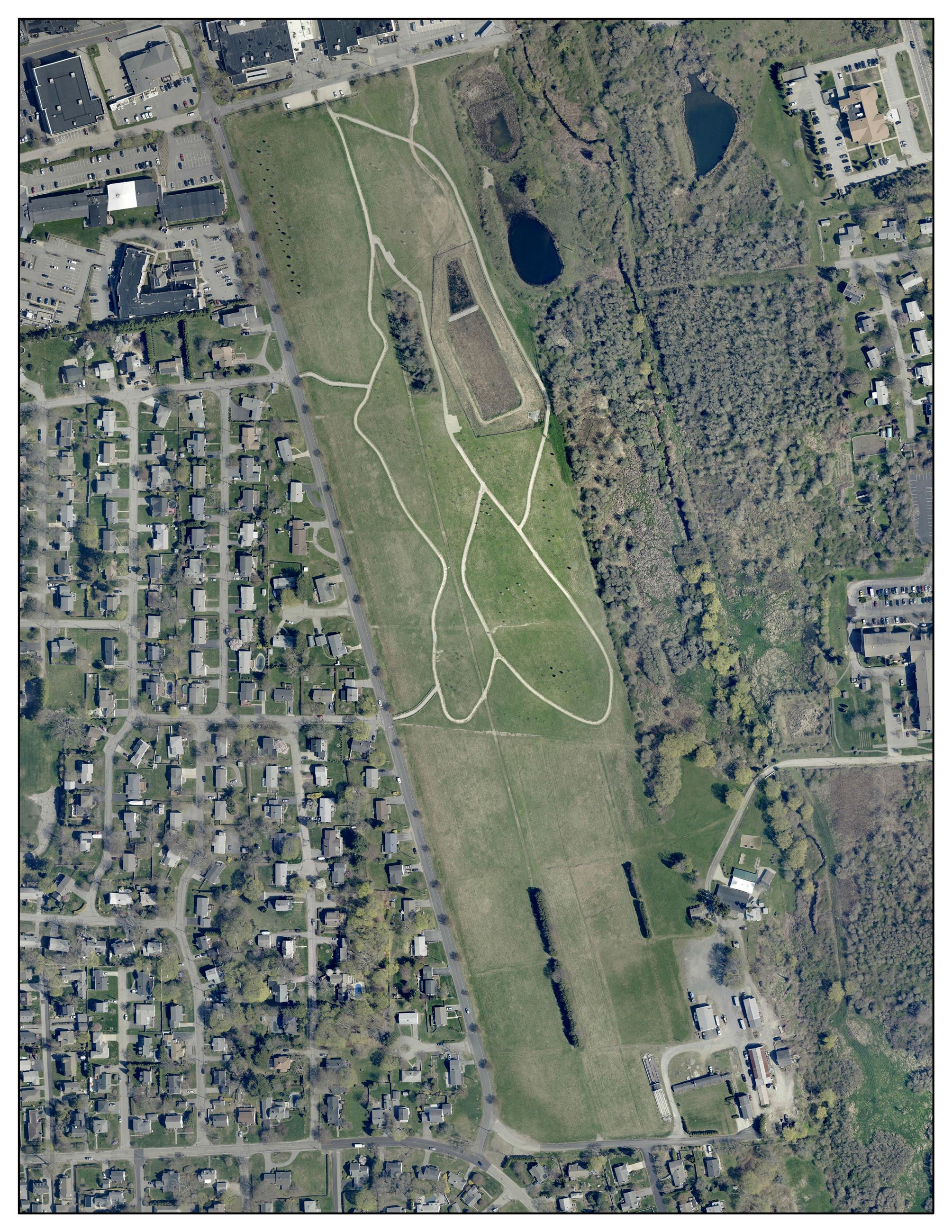